Find out more
Take part in THE competition

Come and cheer on your favourite team or join in the competition yourself!

The Sauna Heating World Championships was held for the sixth time this summer. This year teams were competing at Jyväskylä Harbour – just next to the city center.

The Sauna Heating competition is an engaging and fun-filled contest with a warm heart. The competing teams aim to heat up a Savotta sauna tent up to the target temperature as quickly as possible. At the end of the day, a finals round will determine the overall winner. Teams are encouraged to dress to amuse, with the best outfits awarded as well. To take part in this competition, all you need is cooperation skills, good team spirit, and a positive mindset.

The competition starts with exciting qualifying rounds, where teams heat their sauna tents as fast as they can to the target temperature. The best teams reach the finals, which is held later in the same day. All needed tools are given, you just need good team spirit, and happy mind to take part in this competition!

Tse prizes are spectacular! The winning team will be rewarded with Savotta tent sauna and Harvia heater. Those who come in second and third place will receive amazing experience gifts.

There are also two special prizes in the competition. One for a team that manage to promote best the Finnish Sauna culture and another for a team that has most humorist costumes.

The competition is translated into English. To find more information, check the rules.

Thanks for the teams who were competing in 2022!

Registration: With the form on this website no later than 24th of June at 11.59pm. Places at the championship are allocated on a first come first served basis and are limited to a maximum of 12 in 2022. Be fast!

Instructions how to assemble the sauna tent HERE

The participation fee will be charged in advance.

In the year 2021, we made the SaunaPark bigger and gathered even more special saunas for you to experience.

The SaunaPark gives you an opportunity to relax and enjoy different kinds of Finnish saunas and hot tubs.

Have an unforgettable sauna experience in Peurunka!

There will be plenty for all the family to see and do, including activities, fun and light-hearted competitions and tasty food and drinks.

The event will take place at the stunningly beautiful Lake Peurunka.

The event is free. Welcome!

* Changes possible, the prize distribution schedule depends on the course of the competition 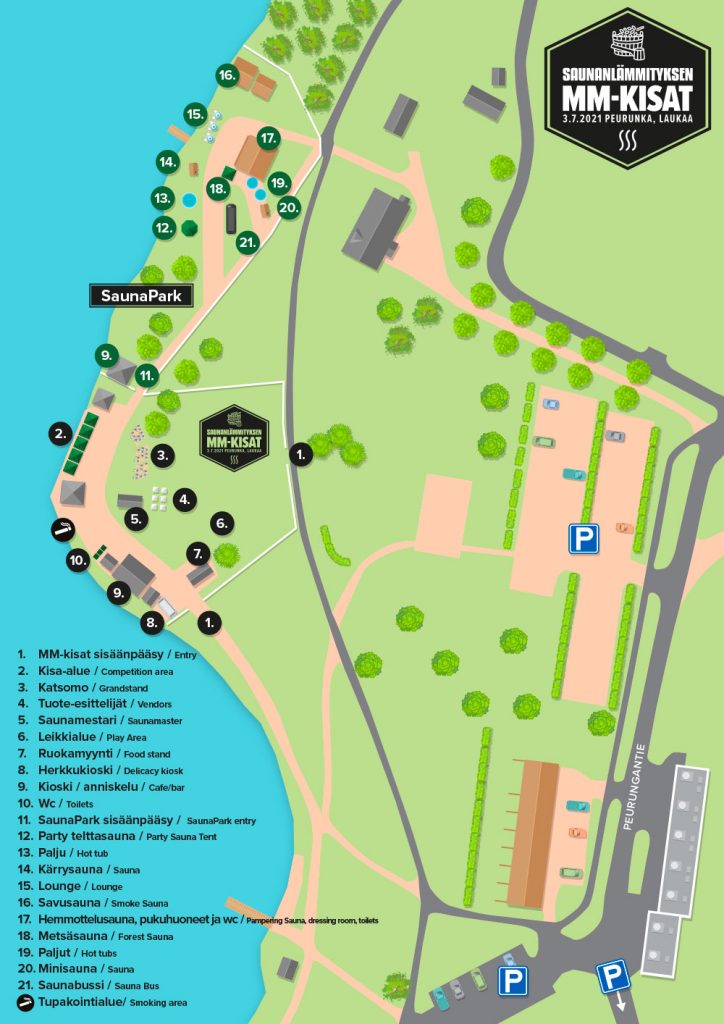 Can you find any sauna elves here?

Yes, Santtutonttu is the Sauna elf of Finland. You can also call him Zander.

Don’t be surprised if he wants to welcome you with his vihta or give you a warm hug, sauna makes him so joyful.

Come and give a happy cheer for the competitors – and for the children in their own playful comptition too.

The perfect birch whisk, in a minute!

LöylyKaveri is all you need in the sauna.

Places to stay in Laukaa

We proudly present our partners here.

The Sauna Heating World Championship is part of the Sauna Region Week, an event that’s designed as an opportunity for locals and visitors alike to enjoy Finnish sauna culture and heritage at a number of venues around Central Finland. Find out more: Visit Jyväskylä Region – Sauna Region Week.

In July 2022, the event was organized for the first time in Jyväskylä, Lutakonaukio, right next to the city center. Nine teams were included in the competition in order of registration. This summer, in addition to the Finnish teams, there were also teams from Japan and Poland. Check the results of the 2022 Sauna Heating World Cup competition here. The winning team was awarded with a complete tent sauna package, which included a Savotan Hiisi 4 tent sauna, a Harvia stove and a chimney. The 2nd and 3rd place teams as well as the best teams in the dress-up competition were awarded with various experience prizes.

A large sun terrace next to the competition area served refreshments and food. At the end of the final, Poju performed on the stage on the terrace, and the atmosphere was absolutely great!

The Sauna Heating World Championship was held on the 3rd of July in Peurunka. The day was sunny and warm – the Finnish summer at its best. There were competitors from Finland, New Zealand, and Norway. The competition was translated into English. The winning team got a spectacular prize; Harvia’s stove and Savotta’s saunateltta! Check the scores HERE.

For the first time, The Sauna Heating World Championship was also viewed online in addition to the traditional event. The two-hour-long live-stream followed the competition accompanied by a host of interesting comments, including the latest news from the Sauna Region Week and compelling interviews related to the Finnish sauna. The viewers also got a peek at the SaunaPark area close to the competition venue and the selection of saunas it offers. The live-stream was viewed around the world. For instance, the stream had viewers from Japan, Norway, the United States, Netherlands, Australia, Switzerland, China, and Russia. Due to the travel restrictions, the access of travelers to Peurunka was more limited, and the live-stream gave people the chance to participate no matter where they were.

As previously time, SaunaPark offered unforgettable experiences next to the competition area. In summer 2021, the saunas in the park were themed, making the sauna experience even more special. Peurunka’s traditional sauna on the shore transformed into a pampering oasis with lovely skincare products. Pohjolan Matka’s Sauna bus drove to the park offering good steams from the wood-burning sauna stove. Mini-sauna proved that also smaller saunas have good steam. The scents of the forest and the sounds of birds soothed the restless mind in the Forest sauna. A huge Party tent sauna’s music from the ’90s and the relevant disco lighting made people dance. The trailer sauna built by Löylynlyöjät association represented a mobile sauna showing the convenience of wheels. Among others, gently steams were available in the smoke sauna. The area had also many hot tubs. During the day, visitors could enjoy the relaxing sauna whisking sessions made by the traditional sauna guide -student Mari in the Forest sauna.

A day for the whole family

Lots of activities were organized for the spectators during the day. Children had many different kinds of activities including face pantings, the saunavasta-trowing competition, and guided games  hosted by Laukaa 4H association. In addition, Finland’s sauna elf Zander visited the event. During the day, Pentti Hakala, the world champion in making a sauna whisk, taught how to make the best sauna whisk. At the sauna clinic, Pentti shared his know-how with everyone interested, whether it was building or heating a sauna, visitors got the answer from Saunamaster Pentti. The spectators got also compete at who was the best at throwing water on the sauna stove!

In 2019 The Sauna Heating World Championship took place in Peurunka. A total of 23 teams entered the competition, and there was a tough battle between them during the day. The results are available HERE.

For the first time, the Sauna Fair and SaunaPark were introduced alongside the competition.
At the Sauna Fair you could get acquainted with sauna products and services. SaunaPark assembled several different saunas and hot tubes on the shore of Lake Peurunka, which the opportunity for a relaxing bath, among other things.

In 2019 the competition was in the episode of Yle’s Sauna Day TV-series. A journalist and presenter Tuija Pehkonen invited two foreign social media influencers to each Sauna Day series and took her international guests to summer events – in a car followed by a trailer sauna. Tuija participated in the Sauna Heating World Championships with her Japanese and German guests. See exciting racing moments at Yle Areena: areena.yle.fi

The event is organized by Ext Ventures Oy 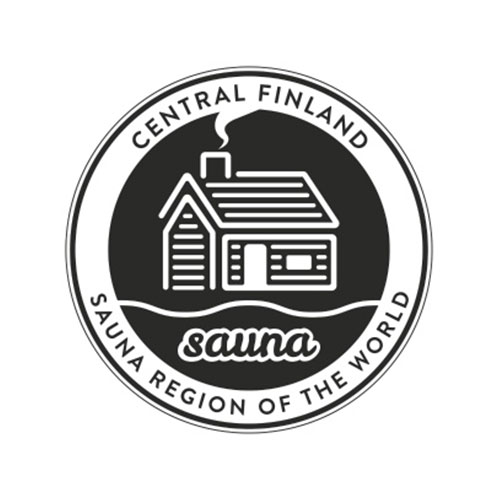 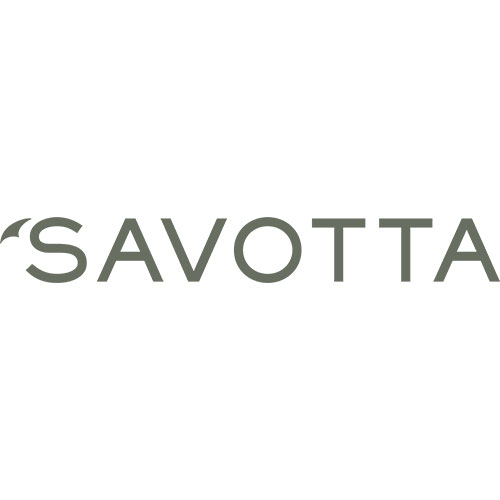